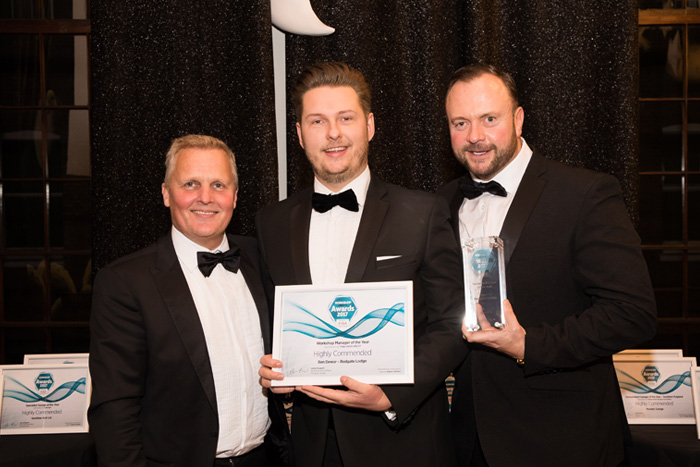 A leading used car retailer in Newcastle-upon-Tyne is taking great joy after being presented with another reward.

Ben Dewar, of Redgate Lodge, Shiremoor, was named Workshop Manager of the Year at the annual Workshop Magazine Awards, which took place at The Brewery, London.

With a fantastic team beneath him, Ben has taken the BOSCH Service Centre at Redgate Lodge from strength to strength during his short time here!

Presented by British F1 legend Johnny Herbert and sponsored by the Independent Garage Association (IGA), the Workshop Magazine Awards were a fitting tribute for an industry now worth a colossal £21.6 billion each year, £12.5 billion of which contributes directly to the British economy and which supports 347,000 jobs.

Search for a vehicle